A Story of Living the Mission 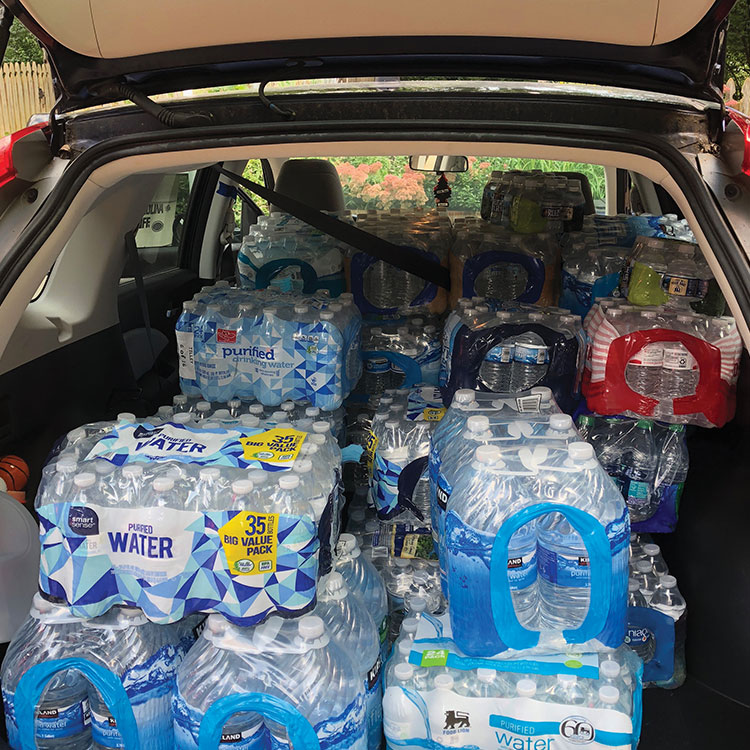 My name is Davis Wood, and I am an alumnus of Calvary Day School. Through the disaster that was Hurricane Florence, I was blessed to see God move in a powerful way.

On Sunday, September 9, I was driving back to the University of North Carolina at Wilmington, where I am a freshman. A friend of mine saw an email from the school that said that Hurricane Florence was headed straight toward the campus and that classes would be cancelled starting on Monday. There was a voluntary evacuation.

We had a meeting at school that night where we were warned to be prepared for a really bad storm. The voluntary evacuation was made mandatory for Tuesday at noon. Initially, I was really worried for what was going to happen to my school and the coast, but since I was able to get home by Monday night, I was grateful to be safe.

It was so encouraging to see the people of CDS really step up and be the hands and feet of God in a tangible way.

Once the hurricane hit, I felt as though I was in the dark for days. I had no idea how the school had fared, if my dorm had been damaged, or what I could do to help. I was tired of sitting at home, and apparently several of my friends felt the same way. I got a text from a few of the girls I graduated with that also attended UNCW about doing something to help. Mary Katherine Davis, Emmie Littlejohn, Virginia Hash, and I decided to collect donations that could be sent to the coast. We quickly put together some flyers on Monday, handed them out to the school at carpool on Tuesday, and then supplies came in from Wednesday through Friday.

We did not know what to expect at first, but donations came pouring in. We filled multiple cars, and we even filled up someone’s basement by the second day! We ended up taking most of the donations to a church in High Point that transported them to the coast, and then the rest went to a pickup spot at Home Depot. Everyone we encountered wanted to help. It was so encouraging to see the people of CDS really step up and be the hands and feet of God in a tangible way.

So to everyone that helped give, thank you, for speaking the peace of God into the brokenness of our world through giving. While UNCW fared better than expected, the campus still suffered damage. We were not be able to resume classes until October 8. Please continue to pray for the coast; as you have probably seen on the news, many areas were devastated. Pray for the people who lost so much, and consider looking for other ways you can help, such as disaster relief trips. And pray for us as students, that we can show the light of Christ as we prepare to head back to school.