A Story of New Beginnings 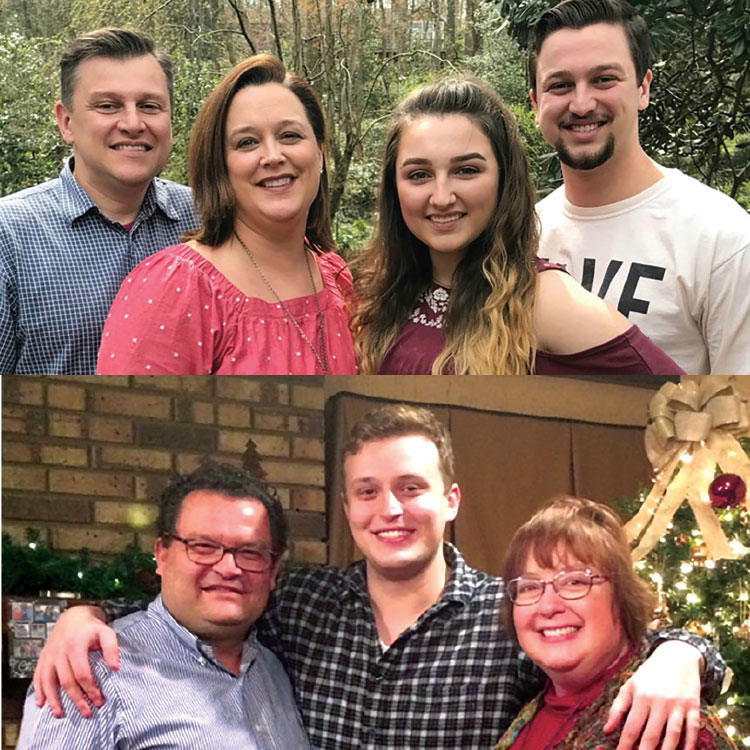 Calvary Day School is excited for new leadership in our Lower School and Upper School for the upcoming school year. As our school enters into a new year, we anticipate God’s hand on the work done in and through our school and praise him for our new leadership.

I was part of a church family since birth. I attended church regularly, including Sunday School and Youth Group, until high school when we moved to Winston Salem. During my sophomore year at Elon College, I began attending Intervarsity events and went on a beach retreat in early October. God chose that weekend to draw my heart to Him. I knew in an instant that I wanted a relationship with Jesus and that I had needed Him for a long time. I was overwhelmed by His undeserving grace and mercy. I met my husband a few months later and we were married shortly after I graduated.

Jim has worked for Wells Fargo for the last 15 years as a systems analyst and currently enjoys working from home. We have two almost-grown children. TJ is 22 and works at Camp Hanes in King, NC where he is fulfilling his dream to impact kids’ lives and lead them to a personal relationship with Christ. Julia is a junior at Appalachian State where she is majoring in Art Education and one day hopes to teach high school students. TJ and Julia both graduated from Carmel Christian School in Matthews.

God called me to the teaching profession at a very young age. Since that time, I have been fulfilling His calling on my life in various ways. I have taught second and third grades in both public schools and Christian schools. I also spent several years working with preschool-aged children. During my years as an administrator, I have served as an elementary principal and as a head of school. This will be my twentieth year in education and my thirteenth year serving as an administrator.

In 2015, I served on the accreditation team for Calvary Day School. Ever since, I have felt drawn to the school. The environment, teachers, curriculum, facility, and the quality of the Calvary Day graduates impress me. I am excited to work with other believers to further the kingdom by teaching young hearts to love the Lord and to serve Him in all that they do.

I grew up in a Christian home in Charlotte. During my fourth grade year, we began attending a church/school where I heard the gospel and saw it lived out in the life of my teachers. It was there, in the fifth grade, through the influence of my teacher, and the Holy Spirit’s conviction, that I prayed for the forgiveness of my sin and asked Jesus Christ to lead my life.

Christian education gave me a firm foundation on which to stand. For the past 32 years the Lord has used me to lead schools in discipleship of students and academic excellence. The Lord clearly called me to Calvary Day School in order to support Richard Hardee and the vision for the school. I have known Mr. Hardee and Mrs. Morgan, the new Lower School Principal, for many years. Along with the present administration and faculty, the Lord has great things planned for Calvary in the coming years.

My vision for the upper school is to build on the great legacy of Calvary Day School and bring my relational skill set into the thriving culture that already exists.

My wife, Cathy, and I have been married for 26 years.  She will continue to work for Wells Fargo now in Winston-Salem. We have a son, Greyson, who recently graduated from Anderson University with a degree in musical theater. He is currently acting in Big Fork, Montana.

I praise God for His grace and mercy. Cathy and I are blessed to be here.