A Story of Submission 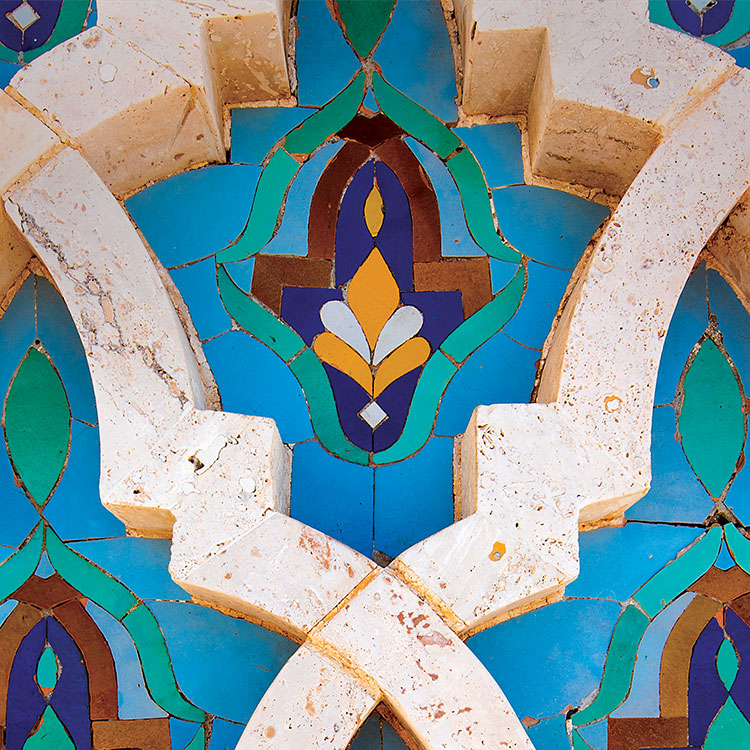 Our names are Josh and Christine Andrews*, and we are normal people who were called to be missionaries almost ten years ago. Our calling was not a romantic one; it was shocking and unexpected, but it has led to greater joy than we ever thought possible. A year or so into our marriage, we listened to a sermon at Calvary and I (Christine) began to feel a call to vocational ministry. I shared this with Josh, but at the time, he had a great job that he loved, so his response to me was “You may feel this call, but I don’t. So you will need to pray for me.” So that was what I did. For the next thirteen years, I prayed for Josh every day, that he would submit to the Lord in whatever service He called us to, and that we would both go where He led us. During that time, we served in various areas within the church, we coached sports teams together, we loved on families that were far from God who were a part of our teams, we homeschooled, we hung out with other Christians, and we never went on a mission trip.

In 2008, we felt the Lord leading us to visit other churches. As much as we loved Calvary, we started to wonder if we could serve more at a smaller church. We found another church we liked, and around the time we started contemplating joining, we found out that Calvary was having a missions weekend (Global Impact Celebration), so I (Christine) asked Josh if we could go back to Calvary for the weekend, and so we did, and we decided we would pray and ask God where He wanted us to be. We visited a new Bible Fellowship class that Sunday morning, and there was a woman speaking about witnessing to Muslims in the Middle East. She told an incredible story about a Muslim man who had a dream where God came to him and told him to go to a specific location because someone had a book for him. When the man arrived at that location, he was given a Bible, and that man went on to lead many Muslims to Christ. I (Christine) was blown away by this contemporary Saul/Paul story, and immediately, I wanted to be a part of this. I prayed, “Lord, I will go, if you call Josh.” We went to the service after class, and being surrounded by so many nationalities and races within the same church building was awe-inspiring. I began to fill out a card saying I wanted to learn more about missions, and when I went to look for Josh as I handed the card in, he wasn’t anywhere to be seen. A little while later, I saw Josh walking back into the worship center, and I could tell he was near tears. I gripped the pew and thought, “God, did you do it? Did you just call him to missions?” When I got the chance to talk to him, he broke down and told me that he was feeling a call to missions, but he had no idea what that meant. So we decided to pray.

I (Josh) sought the Lord like never before those next few months. I spent much of my free time in prayer and reading the Word. I would often wake up in the middle of the night and go sit in our rocking chair and pray and read. We were living the American dream: we had a nice home that we loved, we homeschooled our kids, we had a great church family, and we had lots of friends. I began to sense God’s quiet voice saying “Are you willing to give all of this up for me?” I struggled with the idea that God wanted to use me, but I continually listened to His voice. And slowly but surely, the Lord began to move my heart in a new direction. In just 8 months, I went from absolutely loving my job to coming home miserable every day. I went from loving our home to being completely content with the idea of selling it and moving across the world. I even found myself looking at mission opportunities on the IMB website frequently. As time went on, I began to share all of these thoughts with Christine. She felt the exact same way, and we eventually found ourselves tired of our “normal” life; we wanted to move, we wanted to leave everything behind, we wanted to go where God was calling us and reach others for Christ, though we didn’t know where yet. We began to ask ourselves a tough question: were we going to be faithful and obedient, or were we going to focus on the details and allow them to determine our decision instead of God? We chose to say yes to God in January of 2009.

From there, we watched God take care of everything, even the smallest detail. But we did not simply sit back and watch Him work; we worked very hard to be as prepared as we could. If a needed item came up, we would check it off and then trust God to do what we could not. Calvary played a huge role in preparing and helping us get ready to go. I (Josh) even got many opportunities to meet Muslim men that I got to build relationships and share Christ with, even before we got to the mission field. One of the greatest ways God worked through Calvary was through our attempt to sell our house in the midst of the Recession. We could not be appointed by the International Mission Board (IMB) until our house was taken care of, so we missed our planned appointment because our house had not gotten any offers or even views. Not long after that, we were approached by Pastor Al Gilbert and were told that a group of men from the church had decided to take care of our house for us. They would make payments on it until it sold or until the payments were no longer needed. We were completely in shock and so grateful, so we went to the IMB right away and told them that we were ready. We were then approved for the next appointment, which was going to be held at Calvary! We were thrilled that we were going to be appointed in our church home surrounded by our church family. We were able to live in our own home until we were appointed, which many missionary families are not able to do. But God was not done working. The day before the appointment, someone came to look at our house. The next day, the day of our appointing, we signed a contract to sell our home. We left for training in January of 2011, and then in April, we went overseas to our assignment (a war torn country in the North Africa – Middle East region).

While our story may seem like a fairy tale that worked out beautifully, let us assure you that it was not always this easy. We encountered great resistance from the moment we said yes to this calling, even from those we loved most. The Enemy hit us square in the mouth time and time again, but God used Calvary to encourage and strengthen us through the hardest of these times. We also ran into many obstacles once we were overseas, including some closed doors that were completely unexpected and very discouraging, but the Lord used those to lead us to even more open doors than ever before. Despite difficulties, we feel such incredible joy where we are. We love where we live and what we do; we get the chance to love on broken people every day, and we get to see God work in many lives. We are not special people; we are just a family that listened to God’s call and went where He wanted us to go. It’s not always easy, but nothing can take away from the joy that comes from being obedient to God’s call.

The Global Missions Offering goes straight to help people like us. Without it, we would have to leave. It is what gave us the opportunity to go in the first place. There are six people groups in our region alone that no one is assigned to. We pray that the Lord will use people to give and even go to reach these groups and more around the world. Calvary sent a group to come help us in our work last year, and we hope and pray we can have another group come soon! We look forward to seeing many of you when we visit Calvary in the spring. Please continue to pray for us and our family. Your prayers are felt and so appreciated!