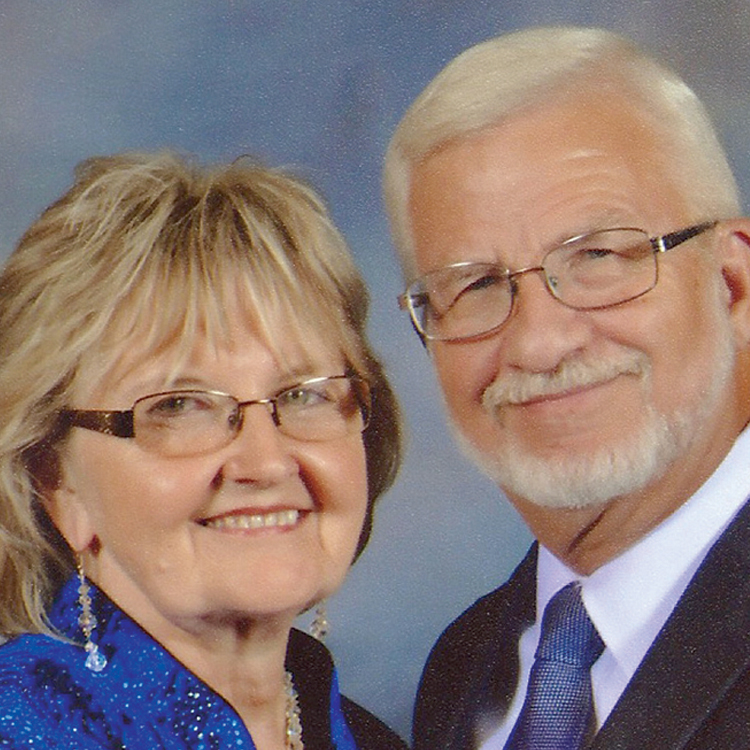 Both Michael and Diana grew up in the USA, Diana near Marquette, Michigan and Michael in Winston-Salem, NC.  Both came to know the Lord as Savior as children.  Michael earned a BA from Columbia Bible College (now Columbia International University) and a Master’s degree in missiology from Trinity Evangelical Divinity School in Deerfield, Ill.  Diana completed her BA in special education from Trinity International University also in Deerfield.  Michael served as pastor for several years in the Blue Ridge Mountains of North Carolina and later in Racine, Wisconsin before they left for the mission field.

In 1974 the Johnsons moved to Zagreb, Yugoslavia (now Croatia) to be numbered among the early missionaries to live clandestinely under a communist regime.  For seven years they laid the foundation to establish a Bible college. In 1981, after being apprehended several times by communist authorities and two months of daily interrogations, they were “invited to leave” the country they loved and moved to Vienna, Austria where they established the Evandjeoski Bibljeski Institut in Serbo-Croatian language.   Michael served as director of EBI until 1990.  They also assisted in establishing the Vienna Christian School, and he served on the initial board of the Greek Bible Institute in Athens.

In 1987, Michael began holding Bible courses secretly with pastors in Bulgaria. It was the first academic Bible course to be taught in Bulgaria since WWII. In 1990 the Johnsons moved to Kandern, Germany due to the special needs of their children.  Shortly after the fall of communism, the educational program in Bulgaria was legalized and Michael was appointed Academic Dean of the theological seminary which he co-founded in Sofia, traveling back and forth from Germany. He served as Academic Dean until 1998. A hallmark of that ministry was the emphasis on church planting.  Some 200 churches were established in Bulgaria by both students and staff during those years.

In the early 1990s Michael initiated ministries in Albania in cooperation with the Ministry of Education and helped to facilitate the Albanian government in writing their law on religious freedom. In the meantime, Diana  worked with two other ladies to establish the art department at Black Forrest Academy in Germany. She also was an NILD therapist for children with learning disabilities.

In 1991-1995 they established several relief programs for victims on the front lines of the war in Croatia and Bosnia. Being invited by the UNHCR, Michael made numerous trips into the war zone, sometimes under fire.  In most of the places where they worked during the war, they later established church planting teams.

In 1993 the Lord clearly led them to join Pioneers as Area Director for Europe and the CIS (former Soviet Union).  The Lord raised up more than 25 church planting teams through their ministry in Europe, Russia and Central Asia.  They moved near Budapest, Hungary in 1996 where Diana established the art program at the International Christian School of Budapest.

In 2002 Michael was appointed as Pioneers’ Regional Leader for Europe, Russia and Latin America.  They are founders of Pioneers Europe which was established in 1998 to send out European missionaries and built up Pioneers Latin America in 2004-05.

In 2007 Michael was appointed the International Director of the mission People International.  They moved to the headquarters in Tunbridge Wells, England. Michael provided broad vision and leadership to the mission that has ministries in church planting among Muslim peoples from Turkey in the west to China in the east, and from Afghanistan and Pakistan in the south to Tatarstan in the north. Michael was directly involved in establishing medical and relief ministries in Afghanistan and Northern Iraq. Under Michael’s leadership People International grew by 80% in one of the most challenging areas of the world.

After living in Europe for 38 years, the Johnsons moved to Lexington, South Carolina in late 2011, from where they continued leading People International.  Michael stepped down as International Director in June, 2016.  It was always his conviction that when he turned 70 it will be time to turn over the leadership responsibilities to others.

Since then Michael and Diana established the Refugee Network along with another key leader, developing a loose network of churches, mission agencies, and individuals to reach the Muslim refugees in Europe for Jesus Christ.  They are sending short term teams from the USA in ministry to the million plus Muslim refugees fleeing Syria, Iraq, Iran and Afghanistan.  They have sent 9 teams in 2018 involving 97 people to mainly serve in Moria Refugee Camp in Greece as well as to Croatia.

At the request of the President of Missio Nexus—the fellowship of mission agencies in the USA—Michael initiated the ON BOARD program, mentoring CEOs of mission agencies.  In addition he is on the board of Crisis Consulting International, the agency that trains missionaries to serve in the most dangerous and challenging places of the world.  CCI is the Christian agency that negotiates the release of missionaries who have been kidnapped.  CCI is now working on their 111th kidnapping.

Diana, in addition to being full time wife and mother, was fully engaged with Michael in all their ministries.  In addition, she is an accomplished artist. She teaches occasional art workshops for adults, missionary children and now for Muslim refugees. She established the Eurasian Women’s Endeavor (EWEs) as an encouragement to missionary ladies.  She has a particular burden for the wives of leaders—a group that is often overlooked.  Diana travels widely with Michael as a team.  Together they have had ministry in 50 countries and 9 Russian Republics.

The Johnson’s have three grown children and three grandchildren–David is married to Jennifer and they have a son,Tye, living in Longview, Texas.  Daniel is an artist living in Berlin, Germany, and Ksenija is married to Matt Simmons living in Irmo, SC.  They have two children, Liam and Selicia.