A Story of Big Faith 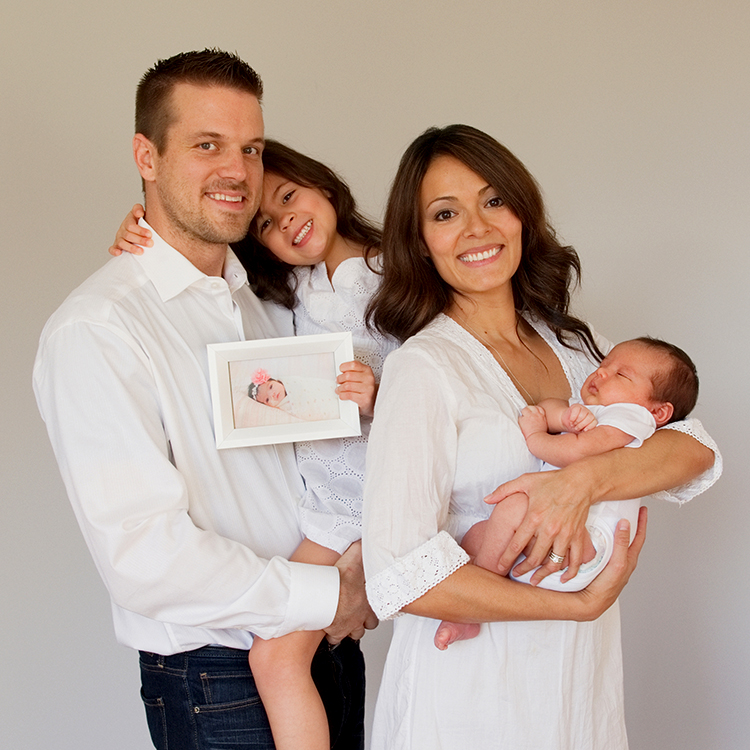 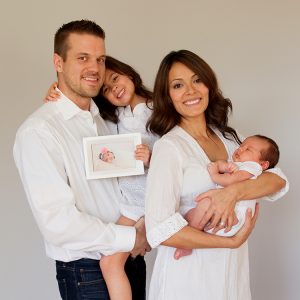 My name is Lisa Anne, but I was born with the name Jennifer Carolina, which was my given birth name before I was adopted. I lived in an orphanage with my sister in Bogota, Colombia for the first four years of my life. I don’t remember a lot except for the big painted elephant on the wall, a metal hand washing sink, getting to feed the babies and the little boy who bit my cheek. I still have the marks to prove it.

On April 1st, 1986, my sister and I were adopted into the same family. We moved to New Hope, Minnesota. My adoptive parents are Jewish, so shortly after being adopted, my sister and I were consecrated into the Jewish faith. I had a Bat Mitzvah when I was 13 and learned to read and write Hebrew. I had it really good as far as adopted kids go. I loved my parents, didn’t struggle with wanting to find my birth parents, and I generally felt a strong sense of love and belonging in my childhood years.

After completing high school, I left Minnesota to attend the University of Kansas in 2000. It was then that I began to question my faith. I asked questions such as, “Do I even have a personal relationship with God? Who is God? Is what I believe what I believe because it’s how I was raised or because it’s truly what my heart believes is true?” I started attending church with various friends hoping to find the peace I had seen in others whose faith was strong.

Halfway through my sophomore year, I decided to drop out of college to work full time at a local electronics store. I continued on my quest for faith answers, and was introduced to a series of books by Dr. Charles Solomon, Founder and President of Grace Fellowship International. I had the opportunity to meet Dr. Solomon on August 8, 2003. We met at a hotel in Atlanta, ordered Burger King for lunch, and talked about Jesus. The peace I had longed for finally came when Dr. Solomon asked if I wanted to accept Jesus Christ as my personal Lord and Savior. I wholeheartedly said yes and I left that day a changed woman.

Upon returning home I searched “Bible school” on the web and the first school that popped up was Northwestern College (now University) in St Paul, Minnesota. I immediately applied and was accepted. I would go on to earn a Bachelors degree in Communications and a minor in Bible. During my junior year, I met my husband and we married in June of 2007, a year after I graduated. The life I knew before accepting Christ wasn’t without its challenges, but it would not be until marriage and children that I would truly experience suffering like I had never known before.

In the first few years of marriage, we moved states multiple times for my husband’s work. This was a difficult season and I battled on and off with depression and anxiety. The Lord was so good though; with every move, He brought new friends and relationships that we still treasure. Starting a family was also a struggle for us. After two miscarriages we finally welcomed our first miracle baby girl in April 2012. We experienced another miscarriage in 2014, but found out just a month later that we were pregnant again.

The name was Mila. I wanted to look up the meaning and when I did I found out it means “Miracle.” It was the perfect name for our daughter.

On April 28th, 2015, we had our anatomy scan. What was supposed to be a day of celebration turned into our worst nightmare. The ultrasound tech looked at me with tears in her eyes and said, “I’m sorry, but there is something wrong with your baby’s heart.” I was alone when I heard this news as my husband and daughter had left thinking the scan was nearly complete. I sat in the dark room as the ultrasound tech went to get the doctor. I remembered the prayer I had said just moments before starting the scan. “Thy will be done, Lord.” It was as if the Lord had prepared me for this. Our baby was diagnosed with Hypoplastic Left Heart Syndrome. In short, she would be born with half of a heart and require multiple open heart surgeries to survive. I told my husband I wanted to name her right away so we could pray by name. I remembered a name that had come to me one morning when I was only 7 weeks pregnant. It wasn’t on our name list for our first daughter, but I loved it. The name was Mila. I wanted to look up the meaning and when I did I found out it means “Miracle.” It was the perfect name for our daughter. The next few months would be filled with high risk doctor appointments, fetal echos, and plans to relocate our whole family, dogs and all, to Boston where our daughter would have the best chance at survival.

Mila Rose was born on September 10th, 2015, in the easiest labor I’ve experienced. I am sure it was God’s divine hand of protection. She came out crying, and her coloring was perfect. She had so much strength in that 5lb 3oz body. She looked a lot like her big sister and her big brown eyes sparkled as she looked around at the world she just entered.

Oh, how I wish we could have kept her longer.  Mila fought the hardest battle in her 4.5 months of life. She defied odds, and she won the hearts of everyone who met her. She taught us how to pray like we really meant it and she brought others in closer relationship to Christ.

In the end, we lost Mila due to a massive brain bleed. It was discovered on Feb 1st and by late afternoon on Feb 2nd we were saying our final goodbyes, praying and singing over our precious baby girl. I held her in my arms as Jesus lifted her into His. The brain bleed was too much for her to overcome. But her heart? It was the strongest it had ever been.

Throughout our journey our family has experienced the love and support through the body of Christ at Calvary Church. Pastor Rob called Matt the day Mila passed, Wendy offered wise counsel to me while I was in Boston, and Mila’s celebration of life service was beautiful. Pastor Rob dedicated her directly to the Lord’s care at her service. It’s a moment Matt and I will treasure forever. Calvary and its people sustained us and continue to offer prayers and support that our family still desperately needs.

The past two years since losing Mila have been an uphill battle. Grief is the ugliest beast I have ever fought. Grief tries your every emotion, drains you physically, and gives no notice to when it will surface. The Jesus I met on August 8, 2003 has been the sole reason why I am still standing.

The truth is, I have questioned God’s love for me. I have questioned His goodness. I have asked “why” more times than I care to admit. My marriage and thought life have been severely attacked in the past two years, I struggle to hold my tongue, and my thoughts are often filled with total darkness.

But the beauty of the gospel is: no matter how rejected and alone I may feel, God is still with me. God is still for me. God is still good. He was with me the day I was dropped off at the orphanage, and He was there the day I was adopted into my forever family. God was there the day I accepted His son as Savior, and He was there in the lonely places as we uprooted our family nine times in less than eight years. He was there in the delivery room as we welcomed Mila into the world, and again the day we let Mila go. God was present most recently as we welcomed our precious rainbow baby, Nolan Matthew, our “Noble Gift from God”, on November 16th, 2017.

I’ve learned that suffering is a part of the Christian walk. Would I rewrite my story if I could? Sure, but then I would have missed out on the blessings of adoption, being called a daughter of the King, being called mama by three beautiful children, and being called wife by a man who has stood by my side through better and a whole lot of worse.

The morning before we learned we would have to let Mila go, I took a picture of one of the prayer flags in Mila’s room. The prayer flag read “Hope doesn’t disappoint. Romans 5:5” I didn’t know at the time, but that verse, along with so many others from God’s word, would be what would sustain me in the months and years following Mila’s passing.

In addition to trusting Jesus, I cling to the promise that hope doesn’t disappoint. Suffering will come, but hope is one of the lifelines by which I now live. As impossible as it may seem at times, God’s stories are perfect. They require us to surrender and to submit to His plan. Even in the deepest and darkest of suffering, hope can be found. God is in the details and our stories are perfectly written. Thank you Jesus for the gift of my story and the ways you have used it to grow me and to give strength and hope to others.

To read more about the Bocan’s journey, visit Lisa’s blog.