A Story of Community 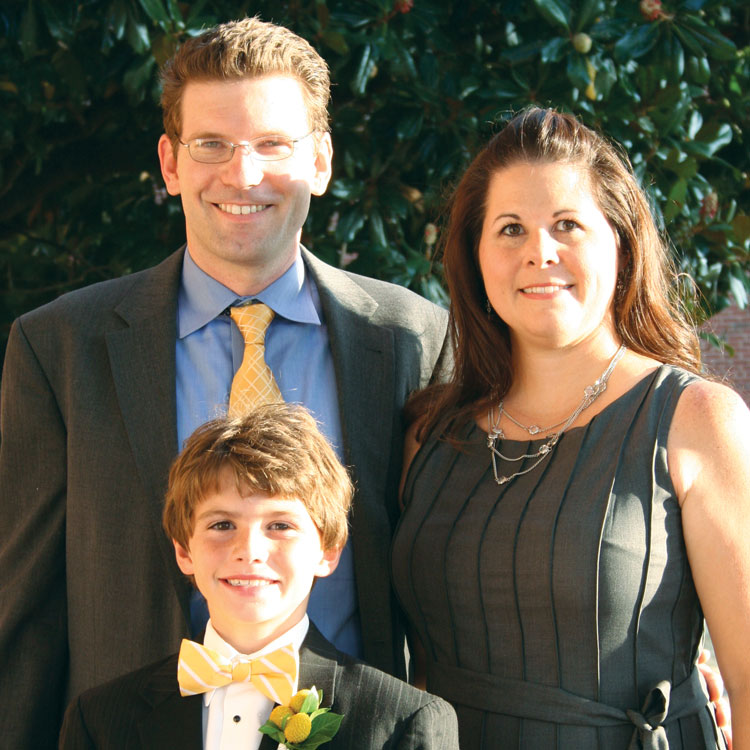 November 14, 2014, is a day remembered by many who were touched by the life of Nathan Clark.  While traveling with his parents and a teammate for a weekend soccer tournament, Nathan was tragically shot while sleeping in a hotel in Raleigh.  The smile that made the worst day better and a laugh that was contagious was lost.

Nathan’s parents, Charlie and Valerie, met at Sanford University and were married in 1996. They moved to Winston-Salem for Charlie’s job and later found out, much to their surprise, they were expecting a baby! This proved to be a greater blessing than they ever could have imagined. Nathan was born around 3:00a on March 1, 2001. He was the happiest baby, and the busiest. Sitting was not his specialty, so he was always exploring. The Clark family moved to Lewisville a few years later so that Nathan could attend Lewisville Elementary School. He was diagnosed with ADHD while there, and Nathan liked to say, “I’ve got the big H for hyperactivity!” However, that did not stop him from enjoying school, and the teachers worked well with him.

Nathan went forward during Vacation Bible School at his grandparents’ church to accept Christ when he was nine, and a few months later, while attending Calvary West, he took the tear-off portion of the bulletin and began filling it out himself. He wrote down questions about his faith, and when he got to the checkbox about baptism, he asked his parents if he could check it because he was ready, and they agreed. The next year was spent with Nathan learning more about his faith and meeting with the staff at Calvary West. Right after his tenth birthday in March 2011, he was baptized while his whole family watched. It was the best day and a precious memory for Charlie and Valerie.

After finishing elementary school, Nathan began attending Calvary Day School, and his family started attending Calvary Central for church, and Nathan flourished there. He was a good student and put effort into his work. Calvary Day School teachers were not only there to prepare him mentally, but also spiritually. It was evident that God was a strong part of Nathan’s life. He received the Servant’s Heart Award in April of 2013, which showed him the compassion and love he gave others truly made a difference. Nathan had no idea Valerie (his mom) was there watching him receive the award until he went to sit back down and spotted her. Instead of sitting with his friends, he went and sat down next to Valerie and told her he never thought he would get this award. What a big heart that boy had.

Nathan loved soccer, and was very good at it, so he played on the middle school team for Calvary in sixth grade, but he focused on school and his club team (Twin City Soccer Association) in seventh grade. In the summer of 2014, just before he began eighth grade, Nathan was at a scrimmage between Calvary Day School and another high school’s JV and Varsity teams.  He played on the JV team first, but the coach also put him in part of the varsity game. After the scrimmage, Ben Kerth, the Calvary Day School Head Varsity Coach, found Valerie and told her he really wanted Nathan on the varsity team if she was ok with it. This 8th grade boy was now going to be playing against high school athletes, including 12th graders. Nathan was accepted as part of the Varsity Team not just because of his soccer skills, but also because of his infectious way about life. On the field during a game, Nathan was a warrior. Off the field, he was a bundle of laughs and loved being around the older boys. Being an only child, he viewed them as “his big brothers.”

When Nathan passed away, the entire church and school community mourned his loss. The church and school were there for Charlie and Valerie in many ways. They have a beautiful scrapbook filled with signs made by the students.  There is also a journal filled with students’ memories and prayers. And the Varsity Men’s Soccer team from that year refer to themselves as “Nathan’s Big Brothers.” God has been the one constant in Charlie and Valerie’s lives.  He watched over them as new parents, He guided them in decisions, He stood next to them when they strayed away at times, and He gave Nathan to them. The last year of Nathan’s life was filled with wonderful memories and the realization that he was growing up. God was with Charlie and Valerie when Nathan was taken home to heaven, and He surrounded them with peace that Nathan was truly home and more perfect than they could imagine. The last three and a half years have been difficult, but God has continued to give them the strength to breathe and continue the healing process.

Charlie and Valerie worked with Calvary Day School to create a sustainable scholarship in Nathan’s name. The Cougar Challenge (set up prior to Nathan’s passing) was renamed into Nathan’s Race.  This is the 4th year for the major fundraiser with all proceeds going straight to the scholarship. This scholarship helps young students gain more than a top education; they gain a love of God that shines out into
the community.

For more information about Nathan’s Race and the scholarship, please go to calvaryday.school.